Dick Robb never attended NC State. But the honorary alum proved his commitment to the Wolfpack in word and deed, touching the lives of countless NC State students through his work with the Park Scholarships program and his service on the Board of Trustees. 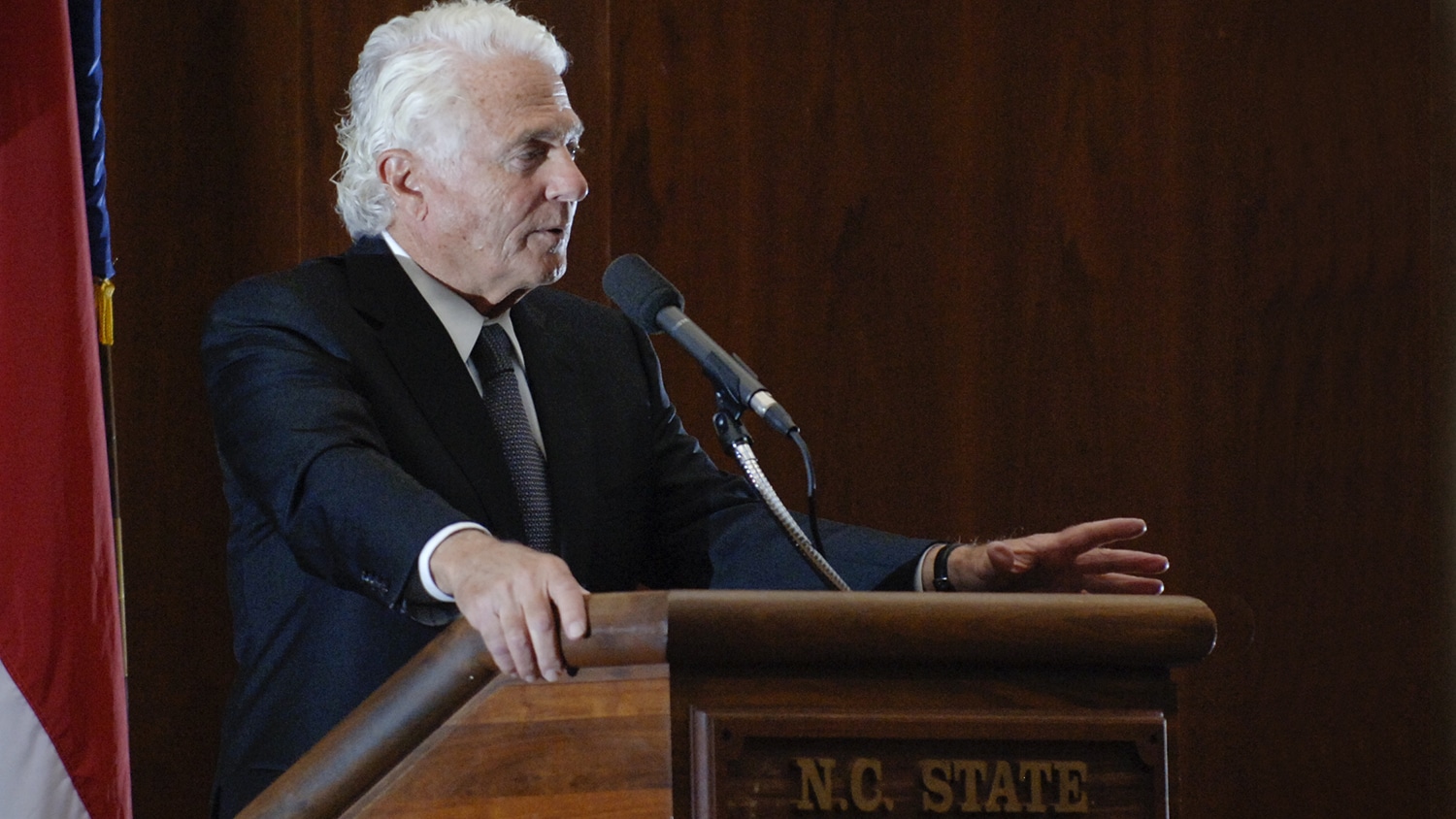 Dick Robb, whose work with the charitable Park Foundation shaped the Park Scholarships program at NC State for decades, has died.

Richard G. Robb, a longtime trustee and treasurer emeritus of the charitable Park Foundation and a former member of the NC State Board of Trustees, died Nov. 9 at his home in Florida following a long illness. He was 85.

Robb had a far-reaching impact on NC State and the Park Scholarships program, which has invested in more than 1,100 NC State students.

Robb played a key role in shaping the Park Scholarships program over its first 20 years. The program was initially grant-funded and later partially-endowed by the Park Foundation, created by NC State alumnus Roy Park ’31 and his wife Dorothy.

“As the Park Foundation’s representative at NC State, Dick Robb was determined to ensure that Roy Park’s legacy would be carried out,” said Adelaide Gomer, president of the Park Foundation and daughter of Roy and Dorothy Park. “Dick was the architect who helped shape the Park Scholarships program’s contours. He used his vision, wisdom, insight, warmth and sense of humor to enrich the program. His brilliant extemporaneous speeches were inspiring and meaningful.”

Robb made frequent trips to campus to personally connect with Park Scholars and university leaders, providing crucial support and helping guide the Park Foundation’s gifts and grants to NC State, which total more than $150 million to date. 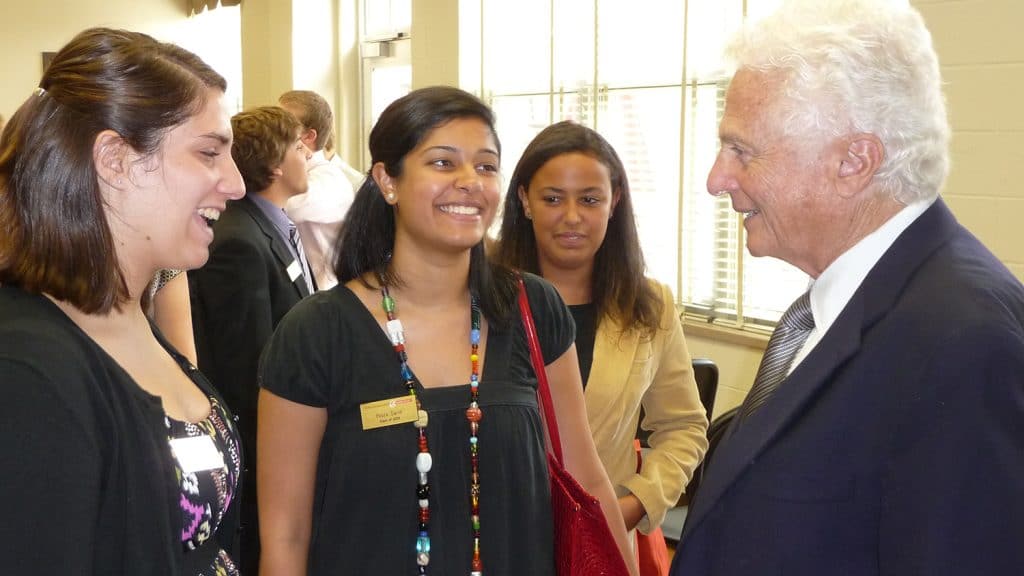 “Dick Robb was a visionary. He spent countless hours mentoring students, especially the Park Scholars. His annual presentations with the scholars were thought-provoking and called each scholar to remember that protecting our planet was noble work,” said Peaches Gunter Blank, former chair of the NC State Board of Trustees. “NC State students, faculty, staff and trustees are fortunate that Dick gave so freely of his time to his ‘adopted’ alma mater. His work truly made a difference.”

“Since the program’s inception in 1996, Dick’s guidance and engagement have been strongly felt and deeply appreciated,” said Park Scholarships Director Eva Feucht. “He traveled to campus dozens of times specifically to speak to Park Scholarships finalists and to greet many new classes of freshmen, personally sharing the Park Foundation’s hopes for them. He provided wise counsel about many aspects of the program and played a key role in the launch of the Park Scholarships endowment. Above all, he was a kind friend to so many in the Wolfpack community. He will be sincerely missed.”

In addition to his substantial contributions to the Park Scholarships program, Robb served on the NC State Board of Trustees from 1997 to 2005, and was the board’s inaugural vice-chair. During his eight-year tenure, Robb led the Academic Affairs and Personnel Committee and the Faculty-Trustees Honorary Degree Committee, where he directed an effort to redefine the selection of honorary degree candidates, adding prestige to the title and reinvigorating the process. He also contributed to the creation of the NC State’s Campus Design Review Panel, improving the process for approving campus projects. Robb also served as a member of the NC State Endowment Fund board.

“Dick’s belief in the dignity and worth of all people played out in every facet of trustee decisions. He spearheaded the expansion of the honorary degree committee so that recipients would more fully represent the mission of NC State,” Blank said. “Through Dick’s keen eye for design, the newly formed Campus Design Review Panel coordinated the design of new buildings and shaped the look of our campus.”

Robb was named an honorary NC State alumnus in 2004, making him just the ninth person in the institution’s history to receive the distinction. He also received an honorary Doctor of Humane Letters from NC State in 2008. 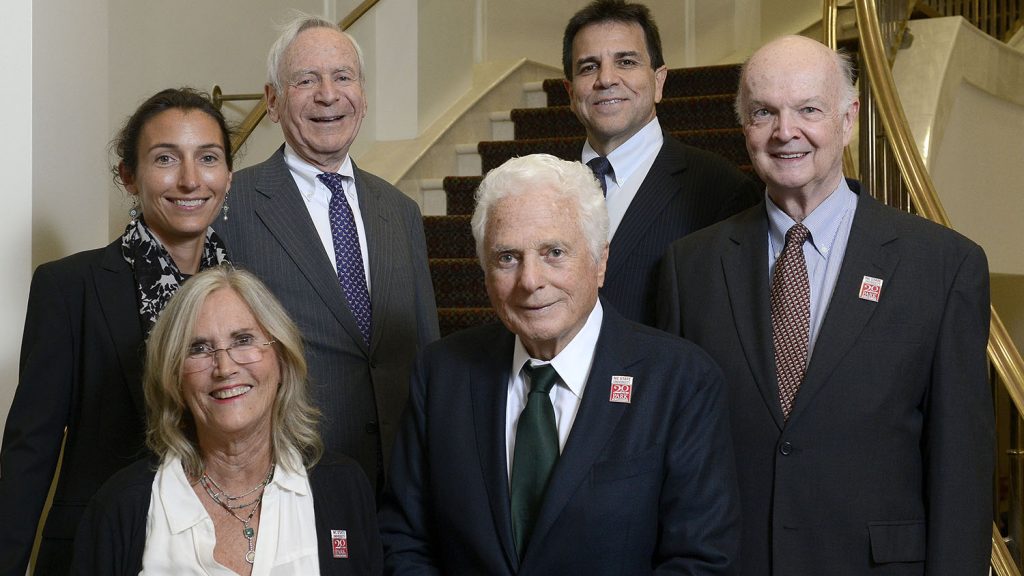 Members of the Board of Trustees of the Park Foundation pose at the Dorothy and Roy Park Alumni Center in 2016 for the 20th anniversary of the Park Scholarships program. Robb is in the center of the group.

“The NC State community owes a great deal to Dick,” said Chancellor Randy Woodson. “His insight, generosity and friendship have shaped nearly every aspect of our campus over the years and will continue to have an effect on our students, faculty and staff for many more years to come.”

Robb earned a degree in business administration from The Ohio State University in 1958 and served in the United States Army. He worked as the global head of NationsBank’s mergers and acquisitions department with offices in Charlotte, Atlanta, Dallas and London.

Robb was also an NC State parent and grandparent. Beyond campus, he served on many corporate and civic boards, including the Jane Goodall Institute board, the Defenders of Wildlife board, Charlotte Central YMCA board and the NC Zoological Society board. He also served as a trustee at Warren Wilson College, and created a youth reading program in Avery County, North Carolina, distributing thousands of books to children under the age of 5.

“Dick loved NC State and deeply believed in its role in the education of the nation’s future leaders. We could not have had a more effective advocate for the Park Scholarships program,” said Gomer. “NC State has lost an amazing friend. He will be sorely missed by all.”

The NC State community is invited to share condolences and statements on the impact of Richard Robb.